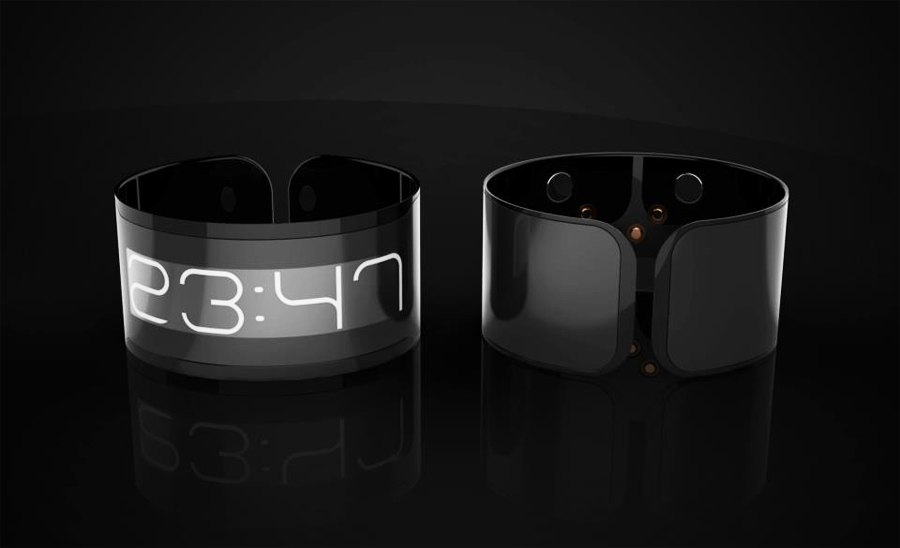 We’re not exactly sure who Nando Rossi is, but a tactical version of the world’s thinnest watch has been named after him. Introducing the all black CST-01 Nando Rossi Edition.

Watch Flipr’s new year tech watch prediction is already coming true. Central Standard Timing launched a Kickstarter project for their ultra thin E Ink watch at CES this year, and have already racked up a staggering $580,000 from 4,240 backers – with 34 days to go. This is still a far cry from the $10 million that the Pebble watch raised, but not too shabby nonetheless!

The idea is cool, and at a retail price of about $170 ($99 for Kickstarter backers), it’s an affordable gadget. Will hardcore watch guys wear one of these? Probably not. We dig the CST-01, and are cheering for the project to reach a million plus, but a piece like this is a reminder that some folks just want to tell the time and don’t care how it’s told.

We will be thinking about colors soon….Nando got in there with a request, we thought it be fun to see what that looked like. We’ll be prototyping color options soon. most likely these would ship later than the original colors and cost slightly more due to adding a process to the manufacturing.