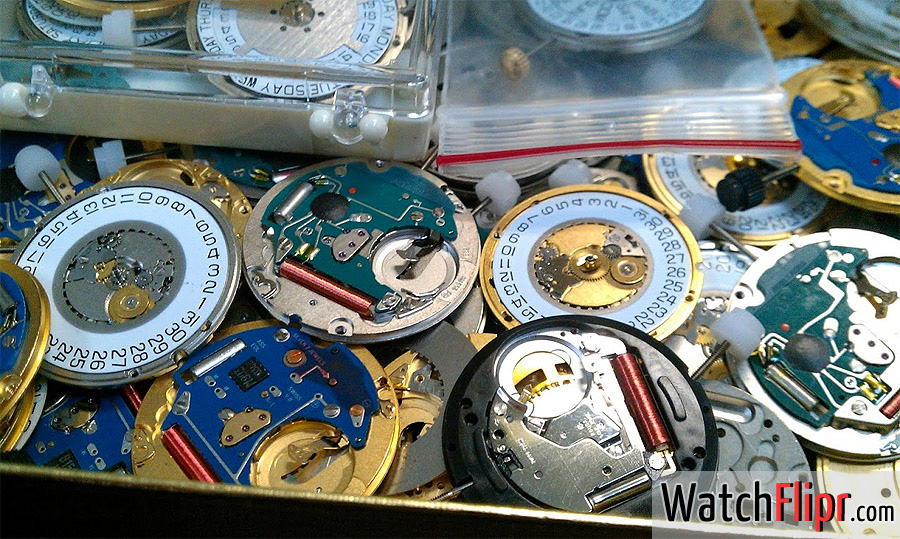 I always have a few time tested quartz watches (if you’re ship wrecked for a decade or so visit the Wikipedia entry on quartz) for those mornings where I’m running late and don’t feel like setting an automatic or playing with a manual wind.

The history of quartz is well documented and many collectors are aware that it almost took the automatic watch market for an out-of-business sale in years gone by. Today, the two seem to live together in harmony, both playing off of each others weaknesses to make sales or lose them. The fact is, I think everybody should have a fine example of both in their watch box.

The quartz has its place for quick and easy setting, accuracy, and has racked up some years of its own now in the horolosphere. Is a purist notion needed when talking about your collection? Do you find yourself not mentioning the quartz models you own around “real” collectors/aficionados? Get real yourself. Some fine pieces exists in the quartz realm. My favorite always being Grand Seiko and working down the pike to Luminox and Swiss Army-Victorinox – all the nox’s seem to make a good cheap quartz for collectors.

We even mention in a past post the Rolex crew threw a few battery bangers in the mix. Quartz is a brother to the watch world whether the so-called snobs acknowledge or not. Embrace that prodigal and let it co-exist amongst the others without a wrinkled lip being shown in conversations. Many may jaw about their Breguet automatic and forget Hayek bought that company with the left over francs from his Swatch Watch endeavors – lest we mention how he saved the whole Swiss Industry to boot with cheap quartz movements.

It has the place now to rest with the water clock, sun dial, manual, automatic, and now against the tech watches breaching the scene as the new players to contend with. In 5 more years quartz will be the Unitas to the tech watch styles being presented. I even reel back when I see a iPod posted on the wrist of a start-up case making company, but it’s different, just like quartz was yesteryear.

One thought on “A Course In Quartz”