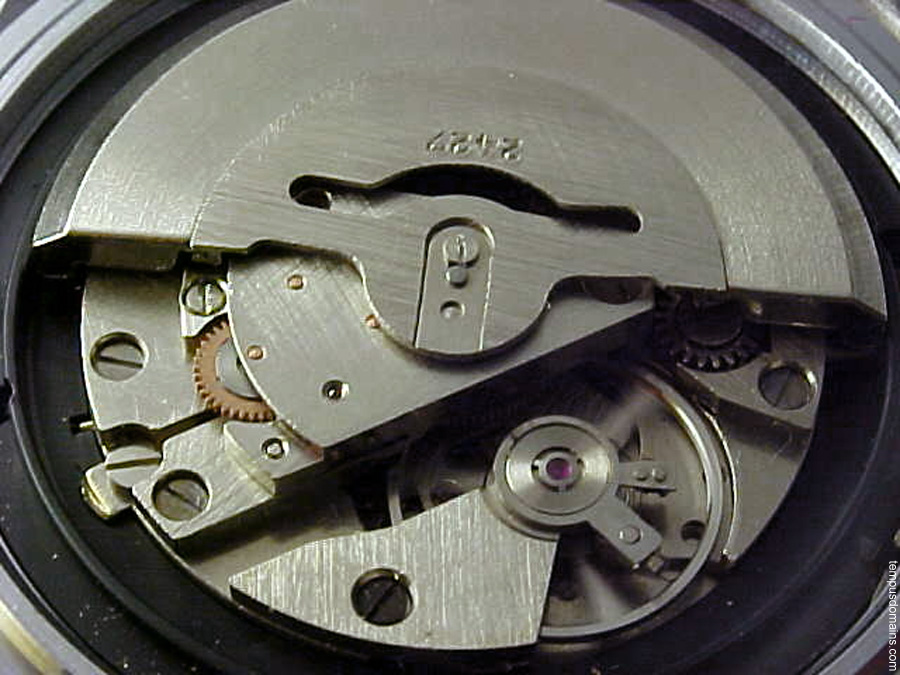 The Slava caliber 2427 has 27 jewels, Glucydur balance, quickset date, 18,000 beats per hour. If you see a watch packing a Slava caliber 2427, run for the hills. Unless of course you get it extremely cheap or just love the look of the watch more than it’s ability to maintain stability. Slava tried their darndest to take a crack at movement engineering, but unfortunately their tickers had several complications (and no, not that kind of complications).

Summed up nicely by wikipedia:

The movements are quite sensitive to shocks due to thin balance staff. Other frequent problems include premature wear of rotor bearing and the clutch driving the hands (not a typical cannon pinion). Also the date indicator malfunctions are common. The movements are thus considered unreliable, especially compared to other Russian calibres.

Although the history of the company is rooted in Russian watchmaking, rumor has it that the name is now Chinese owned. If you are one of those prejudice watch collectors that has taken an unwritten oath to never own an Asian-made timepiece, then this might not be for you.