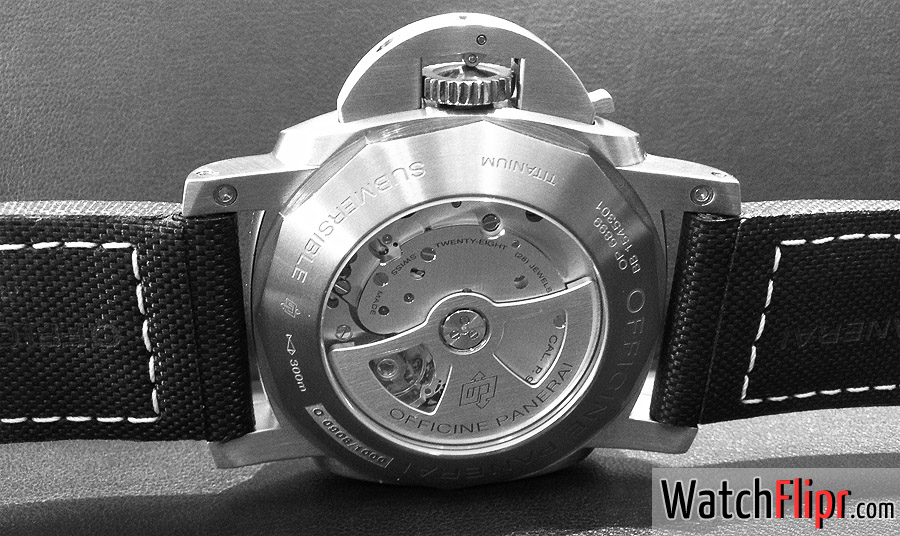 Panerai took a huge dip in their progress as they started putting more product out there, and collectors began to lose the feeling of exclusivity. The staleness Panerai is inflicted with was attributed mostly to the market becoming more savvy, less engrossed with the standard ETA/Unitas calibers, and demanding more for their money. Let’s face it, Panerai can be an expensive venture for your wrist, even with an ébauche running the piece.

In 2009, Panerai began placing an exclusive house-made movement in their Submersible line and other models. It was a wise decision and has had wheels with devotee collectors and hardcore Panerai guys ever since. Clearly it was the right move for them, and hopefully all their models move in this direction over time.

The P.9000 calibre, created entirely by Officine Panerai and used in a series of Luminor 1950 and Radiomir models, is fitted with various functions: it is an automatic calibre with a 3-day power reserve and a unique technical design which makes these movements immediately recognizable. The calibre has a diameter of 13¾ lignes and numerous features: two barrels which guarantee 72 hours of power reserve; a single piece rotor which winds by moving in both directions thanks to an automatic ratchet device; a balance wheel with adjusting screws, oscillating at a frequency of 4 Hz; a date display and a seconds reset device which resets the seconds hand, enabling the watch to be synchronized perfectly with a reference time signal.