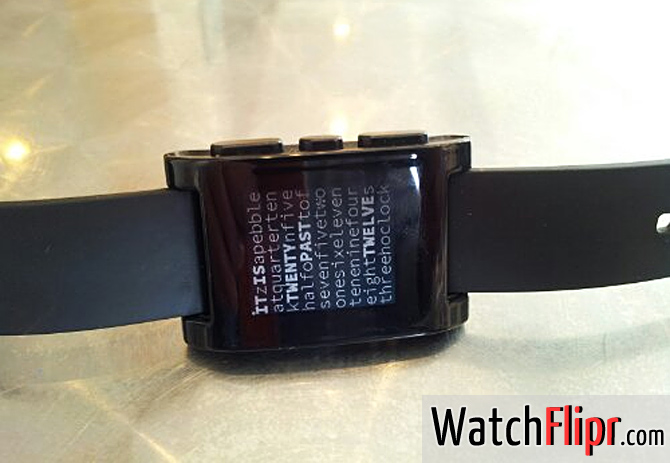 We got our hands on one of the Pebble “Bluetooth” watches of Kickstarter fame today. You have to understand that the watch world is hitting some very fun areas now with the advent of technology timepieces. People often ask why wear a watch when I have my cell phone handy? That’s exactly the question that makes the Pebble an ingenious idea: the link between the phone and the watch.

We made some quick calls and texts to the Dick Tracy watch of the 21st century and it worked flawlessly. It has a lot more functionality than expected and even some apps available for iPhone and Android devices. In very active mode the Pebble will alert you to incoming calls, checks the distance of your drive on the greens, and displays your text messages.

We’re impressed to say the least. Every so often Watch Flipr gets a tech watch to play with and it’s always interesting to see what is becoming of the digital dynasty that is about to explode. The inevitable is happening. Blurred lines of watch and tech fans are coming together. We can’t say all these e-timepieces will have a warm welcome in the industry, but we can’t deny that this little piece has some cool appeal.

BTW, for those of you who don’t already know, the Pebble Kickstarter project raised a staggering $10+ million USD within one month back in Spring 2012. Check it out here. 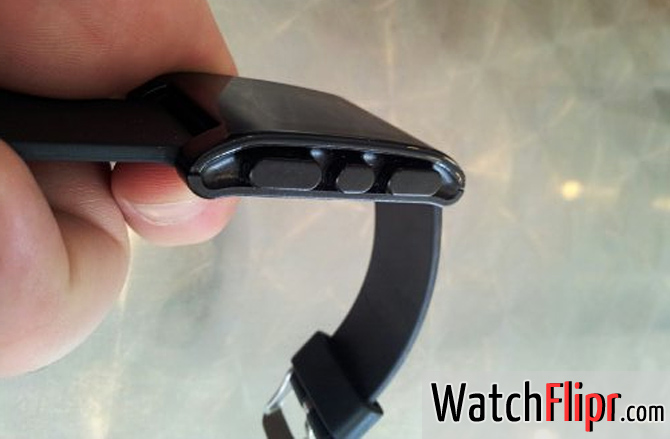 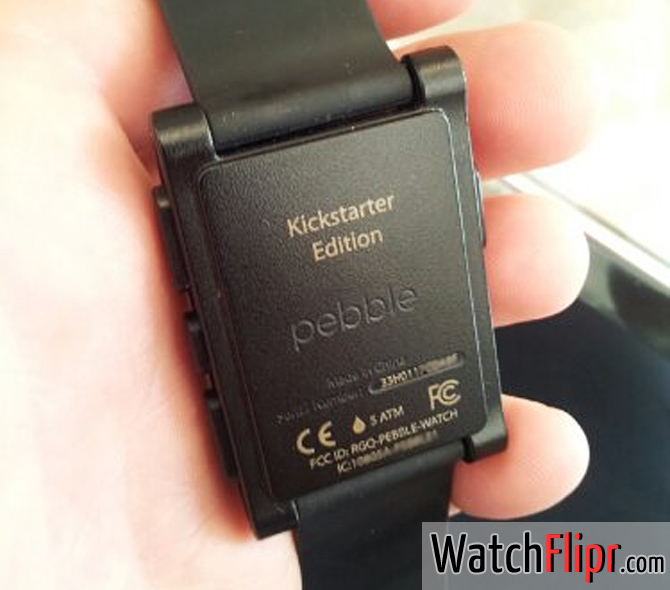